Luke Donald Qualifies For US Open 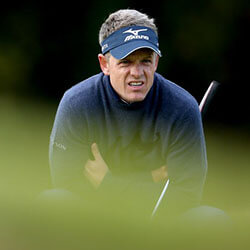 Former world number one Luke Donald has officially qualified for the upcoming US Open, but three time winner Padraig Harrington, along with Lee Westwood have both been unable to make the cut. 41 year old Donald, from England, reached his first major since 2017 after qualifying at the sectional in Ohio, and Pebble Beach is expected to be his first US Open since 2016.

Harrington, who is the Ryder Cup winner, missed his chance at qualifying in Canada by two shots, while Westwood, who is also a former world number one, finished his qualifying rounds t Walton heath with three shots adrift.

English player Sam Horsfield, 22, finished his qualifying round in second place while playing in Surrey and has made it through tot he US, which will be taking place in California this year. Fellow compatriot, Callum Tarren, has also progressed to Pebble Beach following a win in the Florida qualifier after the 28-year-old player missed out on last year’s qualification by a single shot.

Jason Dufner, from America, and the champion of the 2013 US PGA, took part in the Ohio qualifier alongside Donald, and has made it through to contest his 10th consecutive US open. Matt Parziale, a 31 year old fire fighter, was among a group of amateur players that have all earned a place to play at Pebble Beach after he finished in second tied with New York. The US Open will be taking place from mid-June.