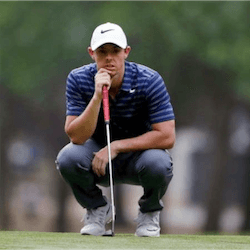 The Bridgestone Invitational at the Firestone Country Club in Akron, Ohio, is currently underway, and it should give Australian punters a useful look at some of the top contenders in next week’s US PGA Championship. The final major of the year starts on Thursday, 10 August, at Quail Hollow Club in Charlotte, North Carolina, and it is sure to provide decent online betting action for golf fans worldwide.

Jordan Spieth is joint favourite, at odds of $7.00-$8.00, to win the PGA Championship, and in doing so, complete his career Grand Slam. The unflappable Texan won the Masters Tournament and the US Open in 2015, and his victory at the British Open last month made him the only 23-year-old since Jack Nicklaus to take three separate majors. If he can complete the Grand Slam next week, he will be the youngest player ever to do so.

The bad news, for Spieth’s opponents, is that he is working hard on his greens game, as he has actually been putting badly during most of the season, despite his stellar results. If his short game gets tighter, he’s going to be very hard to beat.

How Will McIlroy’s New Caddie Fare?

Northern Ireland’s Rory McIlroy will be worth watching carefully at the Bridgestone Invitational. McIlroy has won the US PGA Championship twice, in 2012 and 2014, along with the 2011 US Open and the 2014 British Open. He’s joint favourite for the PGA, at the same odds as Spieth, but it will be interesting to see how he performs with a new caddie.

McIlroy surprised the golfing world by parting ways with his caddie of nine years, JP Fitzgerald, after the British Open, at which he finished tied in fourth with Rafa Cabrero-Bello of Spain, seven shots adrift of Spieth. The World No. 4 says the break was amicable, and made to preserve their friendship. He has now called up his best friend, Harry Diamond, to carry the bag for the Bridgestone and the PGA, so betting enthusiasts will be following the new team’s progress closely this weekend.

World No. 1 Dustin Johnson is still battling back issues, but he’s third in the US PGA betting at around $9.00. Aussie stars Jason Day and Adam Scott are at around $20.00 and $33.00 respectively.