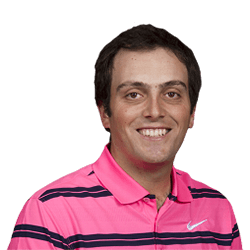 Francesco Molinari has held on to his leading position for the European Tour’s winning title despite his two late bogeys in a four-under-par 68 that kept him within two shots of the lead for the first day for the DP World Tour Championship in Dubai.

Molinari will secure his chance at the Race to Dubai title if he manages to finish in a tie or better at the Jumairah Golf Estate, and remained cool and collected as he collected three birdies on the front line. His sixth birdie for the event came during the 15th hole, giving him a tie for the lead, but two bogeys on the final holes left him just two points behind current leaders Jordan Smith and Adrian Otaegui.

British Smith took five birdies, as well as an eagle for 66, which was then matched by Spanish Oteagui’s round that was free of bogeys. British Open winner Molinari finished off his session with a share of fifth place alongside Matt Wallace and Ross Fisher, both from England, as well as China’s Li Haotong and Belgium’s Thomas Pieters.

Tommy Fleetwood, who will need to win the Race for Dubai in order to have a chance of beating Molinari, was one shot behind his Ryder Cup teammate in the group that contained former world number one, Rory Mcllroy.

Taking to social media after the event, Molinari stated that he feels there is room for improvement for both him and Fleetwood.