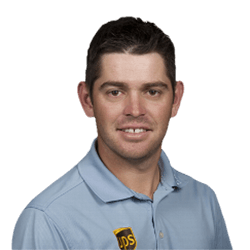 Louis Oosthuizen birdied the whole while Sergio Garcia bogeyed the par-four 18th after the third round of the Nedbank Challenge in Sun City. The Spanish player will be going into the final round for the event as the current leader, with his one-under-par 71 boosting him to a 10-under-par complete total of 2016. Oosthuizen is two shots behind with a level-par of 72 and eight-under.

Northern Irishman Rory Mcllroy, who ranks sixth in the world, claimed a one-over at 73 at the Gary Player Country Club in South Africa, and is currently 10 shots behind. Oosthuizen was close to going into the final round of the event with a four-stroke deficit, but Garcia sent his second shot out of the 18th hole into a grandstand.

Garcia also received a free drop, but was was unable to move up or down for par. Oosthuizen received a fortunate bounce with his second shot, with the ball landing just a few metres from the hole. The 201- British Open champion slotted the putt for his second birdie of the day.

In an interview with reporters, Oosthuizen said that it was a big three for him, and that his two-shot swing in the last was great going into the final round.

Garcia also started well with birdies during the second and third holes, but his luck didn’t last as he played 15 holes in a single over, and dropped shots on par-four 13th and 16th while birdieing on par-four 17th.