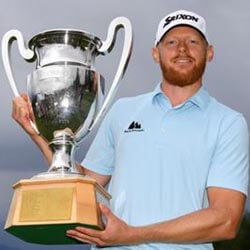 In a spectacular five-way play-off at the European Masters in Switzerland, Sweden’s Sebastian Soderberg kept his nerve to win his first European Tour title. Soderberg, 28, joined Rory McIlroy, Lorenzo Gagli, Kalle Samooja and overnight champion Andres Romero after the initial round at Crans-sur-Sierre at 14 under. The first play-off shot was then birded by the Swede to win the red jacket.

Tommy Fleetwood of England completed eighth on 12 under in a tie. Soderberg told reporters that it was amazing to win the title, and that he had dreamed of winning the event for a long time. He added that he had been anxious at the start, and that he had proven to himself that he was able to play alongside some of the biggest names in the sport. The Northern Irishman, Mcllroy, said that the difficulty of the tour had caught up with him in the play-offs of the PGA Tour, but the player seemed to have gained momentum as he pursued success 11 years after losing out on the new European Tour championship in Jean-Francois Lucquin’s play-off defeat.

Eventual winner Soderberg, who started the day four shots off the lead, missed a birdie opportunity to take the outright lead on the 18th, while Argentina’s Romero came to the final hole with a birdie sealing the win. Romero, ranked 735th in the globe, seemed to have fallen out of the fight in the initial round but returned with three birdies in four to achieve 14 under.