Stenson won’t be at the WGC-Dell Technologies Match Play. 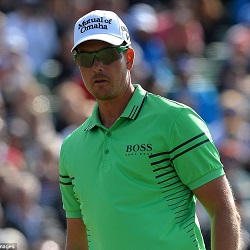 No WGC-Dell Match for Stenson

Henrik Stenson will once more be giving the WGC-Dell Technologies Match Play a miss, doing so for the 3rd year in a row. Stenson, who won the match-play event in 2007, making it his 1st victory on the PGA Tour, referenced the tournament’s pool-play format, introduced in 2015, as the main reason.

It’s Do or Die for Stenson

Stenson was quoted as saying that match play was do or die for him, adding that he was either winning and staying, or losing and heading home. He went on to reveal that he would favour a sort of middle-ground format, referencing that of the British Amateur Championship. This competition starts with a portion of stroke-play, and then moves on to single-elimination match play. Stenson said that he thought that this could help make sure that more of the big name players would be around for the weekend, without using pool play.

It’s Not Just the Format

Stenson is ranked as 14th best in the world, and played last in early February, where he tied for 60th position at the Maybank Championship. He started off this year with Top 8 showings at European Tour events.