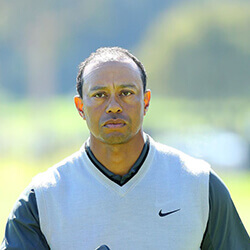 Tiger Woods, world-famous golfer, is back in the saddle for a go at at his first major championship in 10 years, and there has already been some controversy, but not to do with his game.

Woods has pointed out that it’s very possible that players might miss their tee times entirely in the mornings due to the heavy traffic that some of them have to face, especially those players that are staying a number of miles away from the course.

Some of the players have mirrored his views, saying that it can sometimes take up to three hours in the morning to arrive at Shinnecock Hills Golf Club. This was mostly from players that are staying at the designated hotel organised by the United States Golf Association, which is situated a fair distance from the course.

The problem lies in the “Trade Parade”, a period in the morning from 5:30 to 8:00 where the traffic is heaviest as workers drive in from New York City. The Golf Association has stated that they are fully aware of the problem, and are currently working on it.  Spokeswomen for the Golf Association, Craig Annis has told reporters that most of the golfers taking part in the tournament live at the course in private homes, but that he is aware this is not the case for everyone.

Woods is residing in a private yacht that is docked at Sag Harbour Yacht Club, totalling a 15 mile drive that woods will need to take for the tournament.