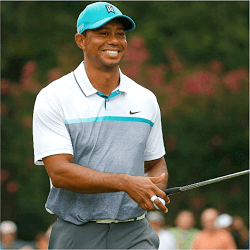 Tiger Woods to Play in the 2017 Honda Classic

Spring will be arriving in the Northern Hemisphere in a month or so, and with it lots of fair-weather sporting contests for Australian punters to enjoy. The Honda Classic, due to start at the PGA National Golf Club’s Champion Course in Palm Beach Gardens, Florida, on February 23, is an annual indication that winter sports are on their way out for another season.

This year’s Honda Classic will have an extra frisson for dedicated golf betting fans, as the legendary Tiger Woods has been confirmed on the player line-up. Since repeated back surgery in 2014 and 2015, golf enthusiasts have had to be content with only occasional glimpses of their hero on the pro circuit. Ironically, the tournament in which he first injured his back was the 2104 Honda Classic.

However, after 15 months in recovery, Woods made his return to professional golf at the Hero World Challenge on December 01, 2016. The Hero World Challenge is a tournament Woods himself hosts in the Bahamas, for the benefit of his charity, the Tiger Woods Foundation. Despite his long absence, he’s still one of the top-earning, most successful US golfers of all time, so his inclusion in the 2017 Honda Classic is sure to add excitement to the event.

When the Honda Classic started in 1972, it was hosted at the Inverrary Country Club in Lauderhill, Florida, where it remained until 1983. However, from 1984 to 2007, the tournament saw itself shifted around a number of Florida venues, including Weston Hills, Coral Springs, Eagle Trace, Heron Bay and Mirasol Country Club. As a result, it began having difficulty attracting top-quality fields.

Since 2007, however, the Honda Classic has remained fixed at the PGA National Golf Club course in Palm Beach Gardens, and as a result it is once again attracting star players. Famous names who have won the tournament in the past 10 years include South Africans Ernie Els and Rory Sabbatini, Americans Michael Thompson and Russell Henley, Northern Ireland’s Rory McIlroy, and Ireland’s Padraig Harrington. Adam Scott brought the title home to Australia last year.

The closest Woods has come to winning is 2012, when he and fellow American Tom Gillis finished as runners-up, two strokes behind McIlroy. This year, perhaps he can break the hoodoo.