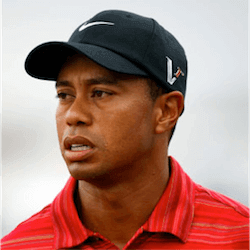 After spending many months recovering from back surgery, Tiger Woods was expected to make a comeback to the world of golf. He has now confirmed that he pulled out of the Dubai Desert Classic due to back spasm complaints. This is not necessarily as a direct result of the surgery however, but is still of great concern for Tiger Woods fans.

Current World #1, Jason Day, will be looking to put in a strong showing as players take to the course on February 20th to the 26th. Sergio Garcia I another big name that has confirmed his participation in the upcoming event. The Spaniard won the same Dubai Desert Classic that Tiger Woods had to withdraw from.

Garcia rocketed to World #9 after the victory and is no doubt anticipating a good performance the Florida tournament as he is the second favourite to take the win. Garcia joins a growing list of international players such as Australian Adam Scott, Justin Rose of England, Paul Casey, Tyrell Hatton, Luke Donald, Ian Poulter, Matthew Fitzpatrick, Danny Willet, Russel Knox, Thomas Pieters, Ernie Else, Branden Grace and many others. At this level of the game there is so little between the top contenders so a thrilling tournament is to be expected by all.

The first iteration of the tournament was fielded back in 1984 but it traditionally had difficulty trying to get top players to participate. The leading theory as to why this was the case is that the courses were changed every year to the different courses found around Florida. Jack Nicklaus holds the distinction as being the only player to have won the tournament back to back in 1977 and 1978.

Since 2007 The Honda Classic has been hosted exclusively at the PGA National Golf Club the tournaments permanent setting. Be sure to check in with us closer to the day as the details change and become finalized.