Tolles to the US Senior Open 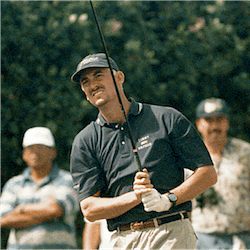 Tolles Returns in Order to Tour at US Senior Open

Tommy Tolles is perhaps the least likely contender for the US Senior Open Golf Championship title. The 50-year old resident of Hendersonville is, in his own words, an occasional golfer, and there is very little on his résumé that suggests he is able to challenge favourites like Fred Couples and Bernhard Langer when the games begin at the Salem Country Club in Peabody Massachusetts this Thursday. But there is evidence of solid play recently, and this suggests that this occasional golfer could well make some noise when he returns to a major tournament for the 1st time in nearly a decade.

Tolles is Testing to See if the Magic’s Still There

Tolles is a former member of the PGA tour who made over US$3 million in the 9 years he spent on the tour. He left the world of professional golf in 2009, but, in the last few weeks, he decided to test his talents and see if the magic he once new and perhaps returned.

Tolles turned 50 last year, and although he attempted to earn status on the Champions Tour for 2017, he unfortunately did not managed to advance through qualifying school.

He earned his entries into his 1st 2 Champions Tour events earlier this month by performing excellently in Monday’s qualifier. The tie he gained for 53rd in Iowa with 1- over and US$4 200, and another tie for 36th in Wisconsin last week with -5 under and US$11 700 is enough to not only cover his expenses but allow him to put a little money away, too.

Tolles Remains Humble about His Game

Tolles has stated that although he may have enjoyed spurts of good golf, he felt that he was still a very long way behind the better players around him. He said that he has recently had moments where he knows he’s playing well, and starts remembering how he used to play golf, but he has also had moments which reminded him of why he decided to quit the game and mow grass and move furniture instead.

Langer is the Favourite to Win

Langer, a 3-time winner this year who has a nearly 2 to 1 lead in the amount of money he has earned over 2nd place holder Scott McCarron on the Champions Tour, with US$1.79 million to US$940 000, is the favourite this week at the par-70, 6 815-yard Donald Russ design.