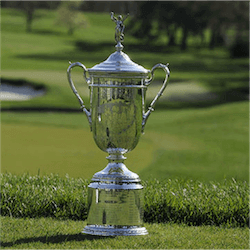 One of the features of the US Open, golf’s second major every year, that impresses Australia’s online betting fans, is that it truly is open. As long as a player has a handicap of 1.4 or better, and can pay the $200 entry fee, they can enter the US Open.

They will, of course, then have to battle the pros in the sectional and local qualifiers to make the final field of around 70, who will play in the championship at the Erin Hills course in Erin, Wisconsin from 15-18 June.

The total prize money for the event totals $12-million this year, with the winner scooping $2,160,000; making it the first major that rewards the champion with more than $2-million.

The 2017 Open has attracted 9,485 initial entrants: even retired NFL Dallas Cowboys quarterback Tony Romo is getting in on the golfing action. It’s not quite the record 10,127 entries achieved in 2014, but still the fifth-highest in the tournament’s history.

The first weeks of May see 113 locations host local qualifiers, which will be followed by sectional qualifiers at 10 US and two international courses.

Aussie punters looking for a golfer to back in the US Open have several stars near the top of the PGA rankings to choose from. The USA’s Dustin Johnson is still World No. 1, despite not having played since a fall down some stairs caused his withdrawal from the Masters last month.

Johnson remains the bookies’ favourite to take the June championship, with current odds of $7.00. At the time of writing, he had just completed his first round in the Wells Fargo Championship in North Carolina, and his score of 70 is an indication that the back injury he sustained in the fall has healed properly.