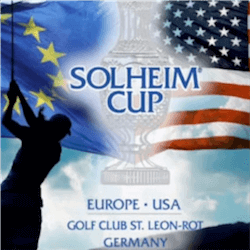 Women’s golf fans only get a chance to bet on the Solheim Cup every two years, so the 2017 tournament starting at Des Moines Golf and Country Club in Iowa, USA this week is sure to attract the attention of Australia’s betting enthusiasts. It’s the 15th edition of the event since it was inaugurated in 1990, as the brainchild of Norwegian-American golf club manufacturer Karsten Solheim.

Solheim’s dream of pitting the top LPGA players in the USA and Europe against each other has delivered some memorable clashes over the past 14 tournaments. It’s a three-day match play event, with 12 players on each team.

The USA have won the Solheim Cup nine times in total, and the tournament has never ended in a draw. Although Europe took the Cup in both 2011 and 2013, the US team took it back in 2015. They’re the favourites to retain the title, and the global attention the tournament is receiving is creating great excitement among Iowa’s golf fans.

USA Are Odds-On Favourites to Win

Preliminaries and practice sessions are already underway in Des Moines, but the real action will happen on Friday, Saturday and Sunday. The first two days will see foursomes played in the morning, with four-ball matches following in the afternoon. On Sunday, 12 singles matches will deliver the final result.

Most betting sites are offering around $0.50 on outright futures wagers on the USA, with $0.60 about the best option available. Punters can also get odds of between $10.00 and $12.00 on the tournament ending in a draw for the first time in history.

If Europe defies the pundits and defeats the USA, betting fans backing them stand to make between $1.75 and $2.50. It doesn’t look likely, however. There are four rookies in Europe’s team, as opposed to two in the USA side, and one of Europe’s stars, Sweden’s Anna Nordqvist, is playing while still recovering from glandular fever.