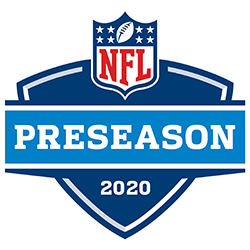 The National Football League will potentially slash its preseason games down to just two in 2020, a 50% decrease from the four-game schedule in place normally. Cutting it in half will allow for the ramp-up period to be extended, allowing players to spend more time physically preparing to take part in training camps and games. This is coming off a bizarre offseason heavily restricted by the breakout of the novel coronavirus COVID-19.

A shortened preseason will definitely favour teams that are more experienced. With a substantial amount of the game’s action during this period removed completely, call sheets early on may be limited. This will be part of an effort to avoid overwhelming skill players and quarterbacks not used to schemes in which their exposure is limited.

Practices will likely involve more situational strategies coming to the fore, too, stealing time from fundamental and individual periods.

In terms of QB competitions and developments, the time to evaluate backups will be limited, with these players seeing the majority of their time on the field during the preseason. Unfortunately, taking two games away will ultimately have a negative effect on teams featuring younger quarterbacks.

QB competitions will still be decided by what coaches see during practice as well as in preseason games, the same way they usually are. The top two quarterbacks will probably split their playing time in both of the preseason games, with each player getting the same amount of time with the starting offensive line.