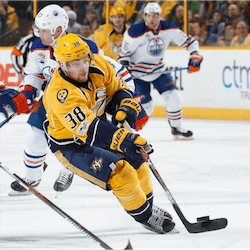 Montreal sports journalist Jack Todd has had enough of the disrespect he reckons the NHL has shown to Canadian ice hockey fans. In a piece in the Montreal Gazette, the veteran pundit took aim at the NHL and the ’31 billionaires or billionaire corporations’ that run the game, urging sports fans to ignore the NHL season for the duration of the Winter Olympics.

It’s easy to understand the backdrop to this: what started off as a purely Canadian league, hence the ‘national’ in the name, is now overwhelmingly dominated by US teams. Canada now only fields seven teams out of the 31 competing in the 2017-18 NHL season.

Many Canadian fans are feeling somewhat ignored, as the game chases markets, rather than lovers of hockey.

The straw that broke the camel’s back for Todd was the decision by the NFL not to take a break over the Winter Olympics from February 09-25. As a result, players are contractually bound to their NHL sides, and many of Canada’s top hockey stars, like Mike Babcock, Carey Price and Sidney Crosby, are unavailable for Canada’s Olympic team.

The sports writer suggested a two-week boycott of the NHL coverage, to demonstrate to the league’s owners that Canadians still care about Olympic hockey, even if Americans don’t think there’s enough money in it.

As justified as Todd’s protest might be, he may not have too much luck convincing all NHL fans to abandon the season at a crucial stage. He might convince supporters of the Montreal Canadiens or the Ottawa Senators to join his switch-off; but as they’re currently lying respectively third-last and second-last in the Eastern Conference, that wouldn’t be a huge sacrifice.

Likewise for fans of the Edmonton Oilers and Vancouver Canucks, currently third-last and second-last in the Western Conference. But the Winnipeg Jets, currently at the top of the Central Division and heading to the playoffs and possibly the Stanley Cup, as well as the Calgary Flames, second in the Pacific Division, and the Toronto Maple Leaves, third in the Atlantic Division, still have everything to play for.