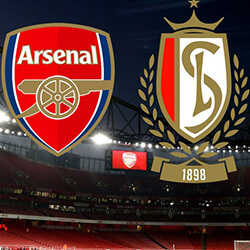 Teenage player Gabriel Martinelli claimed two goals and set up a third to give his team of Arsenal victory against Standard Liege for the Europa League. There were less than three minutes between the 18 year old’s two goals while 20-year-old team mate Joe Willock pushed it to 3-0 before the half-time call.

Martinelli, who joined the team for £6 million this summer, would later go on to set up Dani Ceballos for his first Arsenal goal. The team is now sitting at the top of Group F thanks to two wins from two games. This comes after 10 changes were made to the Arsenal team, who had drawn with Manchester United for the Premier League, but there was still no lace for German midfielder Mesut Ozil.

Instead, Unai Emery decided to put his faith in the hands of academy graduate Martinelli and Willock, along with 19 year old Reiss Nelson, as well as Kieren Tierney, making his second start for the club. All four impressed as Tierney set up Martinelli’s first goal with a cross from the left before securing Nelson’s shot in the build up to the goal made by Willock.

Nelson also recoded an assist, where he fed Martinelli for his second before slipping in the Brazilian to tee up another goal for Ceballos in the second half. It proved to be a good night for the squad, who also saw full back Hector Bellerin, make his first start in nine months.