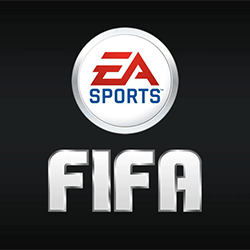 After a collaboration spanning more than 30 years, it now seems as if a split between video games giant EA and world soccer governing body FIFA is indeed imminent.

FIFA released a strongly worded statement earlier this week and all but confirmed that the relationship is over. The organisation appears intent on a future without the video games maker, while alluding to the idea that in future, the football video games space needs to be occupied by more than one rights-controlling party. This is of course a clear dig at EA, who has basically run a monopoly ever since the first collaborative title was released back in the 1990s.

The sports governing body said several tech and mobile companies are now “actively competing” to be associated with the FIFA brand.

Money, it seems, is once again at the heart of the issue. With the current contract between the two parties set to expire next year, it’s fair so say that the negotiations over a possible extension could have gone in much better a direction than a pull of the plug.

According to an insider close to the negotiations table, the split came after FIFA asked for double the previous rights fee asking price for the next four years – from $500 million to $1 billion for the use of their trademarks and other intellectual property.

Whichever way the cookie crumbles for either party going forward, FIFA 2022 will be the last instalment of the series to under the EA name.