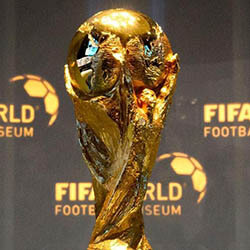 Apparently, Australia and Indonesia are exploring the prospect of teaming up and posting a joint bid to host the 2034 Fédération Internationale de Football Association Men’s World Cup. This news was revealed after Football Federation Australia officials and their counterparts in the Asian nation discussed the possibility of this kind of offer during the Association of Southeast Asian Nations Football Federation Council meeting held in Laos recently.

The FFA statement came just days after Prayuth Chan-Ocha, the Prime Minister of Thailand, stated that the 10 countries from the ASEAN bloc would bid for the tournament. Members of the alliance include Brunei, Cambodia, Indonesia, Laos, Malaysia, Singapore, Thailand, and Vietnam. Egypt, the African powerhouse, is also contemplating a bid to host the event.

The FFA stated that it was noted that the joint South-East Asian bid was one that had been endorsed at the ASEAN summit. They also said that they would welcome the chance to further discuss this bid for the FIFA World Cup set to take place in 2032 with other member associations in the region.

Australia, of course, failed its bid to host the tournament in 2022, and the honour went to Qatar. They have also already launched their official proposal to host the FIFA Women’s World Cup in 2023. The current champions of this international competition are the United States of America, whose team is also the most successful one, with 4 titles being taken since it was founded in 1991.