Big Soccer Ahead in Florida Cup 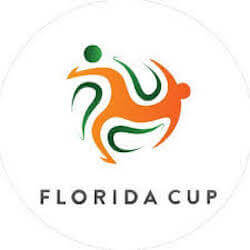 Some Big Guns for 2018 Florida Cup

Dedicated US soccer fans are always on the lookout to raise the sport’s minority profile in the USA. It’s unlikely that they’ll ever convince Americans to call it ‘football’, but they are at least getting cable fans and online sports betting punters to notice the world’s most popular sport.

The Florida Cup is one of the more innovative publicity events punting football in the States. It’s an international friendly tournament presented by Fox sports channel WOFL and online MyNetworkTV channel WRBW, launched in 2015.

It lures eight powerhouse teams from Europe and South America to the neutral middle ground of Orlando, to give Floridians and its worldwide broadcast audience exposure to top soccer. It almost immediately establishd itself as the biggest annual international soccer event in Florida.

Because all eight club teams playing in the tournament are invited, and it’s a friendly that doesn’t affect world rankings or premier professional tournaments, the event drew some excellent talent in its first three years, and the 2018 tournament starting on January 10 is no different.

Germany and Brazil Have Dominated So Far

Two giants of world football, Brazil and Germany, shut out almost all competition in the first three years of the Florida Cup. In 2015, German sides Koln and Bayer Leverkusen were respectively champions and runners-up, with Brazil’s Corinthians and Fluminense in third and fourth.

Honours were split in 2016, when Brazil’s Atletico Meneiro beat Bayer Leverkusen in the final, with Brazilian side Internacional third and Corinthians fourth. In 2017, for the first time, the contest was split into two formats; one a points-based round-robin and the other consisting of knockout playoffs.

Honours were split again, with Germany’s Wolfsburg and Brazil’s Sao Paulo turning up winners, and Bayer Leverkusen and Corinthians finishing as runners-up.

The 2018 Florida Cup, from January 10-20, leaves out the Germans completely, replacing them with Scotland’s Glasgow Rangers, Poland’s Legia Warsaw and the Netherlands’ PSV Eindhoven in the European contingent.

The South Americans will be represented once again by Brazil’s Atletico Mineiro, Corinthians and Fluminense, along with Colombia’s Atletico Nacional and Ecuador’s Barcelona SC.