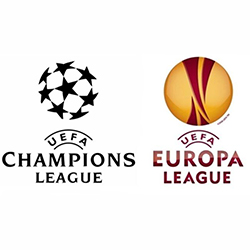 There are four English teams that are currently on route to the final of the Champions League after the quarterfinal and semi final games come to a close. Manchester United, Manchester City, Tottenham, and Liverpool could be facing each other for the knockout stages. Chelsea and Arsenal are preparing for the Europa League quarterfinal draw. This marks it as the first time in almost 50 years that England has had six teams in quarterfinal positions in major European competitions.

The other four teams that will be taking part in the Champions League draw include Barcelona, Dutch four-time winners Ajax, Italian winners Juventus, and Portuguese champions Porto. It’s the first time in 10 years that four English sides are all playing in the last eight of the Champions League. In the latest draw, UEFA will be picking the home and away sides for the final, which is set to take place at the Atletico Madrid’s Wanda Metropolitano stadium.

Chelsea was the last English side to win the Champions League, which they did in 2012, although Liverpool has made it into the final last season. Manchester United and Manchester City are not able to play at home on the same day or successive nights, which means the team which completed lower on the rank in the Premier League last season will be forced to reverse their tie if they both manage to draw home first. The two English sides met last season after Liverpool beat Manchester City.