Champions League Round of 16 Review 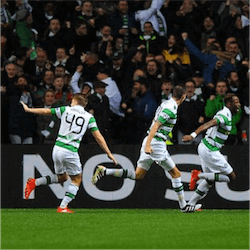 Champions League Round of 16 Round-Up

At the time of writing, Australia’s football fans were still awaiting Friday’s announcement of the quarterfinals draw in the 2016-17 UEFA Champions League.  That’s when the real work begins for online sports betting enthusiasts, as punters check every snippet of news, in an attempt to pick the teams most likely going through to the semis and final.

In the meantime, it may be instructive to look at each Round of 16 match-up, if only to identify the teams with the grit to come back from a deficit. Borussia Dortmund is the first contender; the German side lost their first-leg match away against Benfica 1-0 in February, but came back in their home leg on 8 March to win 4-0.

Leicester and Barca Get Tongues Wagging

The Leicester City second leg was even more exciting for fans of the plucky underdogs. Beaten 2-1 in Seville in February, the English team came back at home to beat Sevilla 2-0 on Tuesday, scraping into the final eight by a single goal overall.

The most impressive second-leg comeback, however, was achieved by Spanish giants FC Barcelona. The lost playing away to Paris Saint-Germain in the first leg 4-0, and no side in history had ever come back from a four-goal first-leg deficit to win a knockout round of the UEFA Champions League. Barca made history when they achieved the feat, winning 6-1 at Camp Nou on 8 March, thus also making the quarterfinals by a single goal.

Four Sides Unbeaten in Both Legs

Impressive comebacks from a first-leg loss are all well and good, but many betting fans will consider the teams that cruised through the Round of 16 unbeaten as better options. Real Madrid beat Napoli 3-1 in both their home and away matches, while Bayern Munich also delivered repeat 5-1 drubbings to Arsenal.

Juventus beat Porto 2-0 and then 2-1, while Atletico Madrid’s 4-2 win over Bayer Leverkusen in the first leg was enough to put them through, after a 0-0 draw in the second.

The side that probably had the cruellest disappointment in the Round of 16, however, was Manchester City. At home in February’s first leg, they beat Monaco 5-3, so they would have been confident going into their away game. Sadly for the English side, Monaco won 3-1, leaving them level overall on 6-6. With more away goals, Monaco was the side to go through to the last eight.