Europa League Round of 16 First Leg 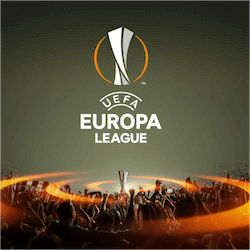 Halfway through Europa League Round of 16

One of the joys of being an Australian soccer fan is not being restricted to Australian soccer. Online betting allows punters to enjoy the top events all over the world, which at this time of year always include a smorgasbord of European football.

Apart from the UEFA Champions League and England’s FA Cup, the 2016-17 UEFA Europa League is also in full swing. It may not feature many of the sport’s acknowledged top teams, as it is UEFA’s secondary club tournament, but it provides loads of hard-fought football delivering ample betting thrills.

The current tournament has reached the knockout stages, with the first leg of the Round of 16 played on 9 March. Like the Champions League, the Europa League requires clubs to play two legs in each knockout round; one at home and one away, with the total goal difference deciding who goes through.

Second Leg Plays Out this Thursday

Supporters of Belgian side Genk, which revels in the impressive official name of Koninklijke Racing Club Genk, are probably the fans feeling most confident of their team making the Europa League quarterfinals. They beat fellow Belgian side Gent 5-2 in Ghent last Thursday, giving them a three-goal cushion going into the second leg at home in Genk. France’s Olympique Lyonnais, more commonly known simply as Lyon, are also looking strong for the second leg, after beating Italian side Roma 4-2.

Three teams go into the second leg a goal up: Denmark’s Kobenhavn, after beating the Netherlands’ Ajax 2-1; Belgium’s Anderlecht, following a 1-0 win over Cyprus’ Apoel; and Spanish club Celta de Vigo, also with a 2-1 win in the first leg, against Russia’s Krasnodar.

That leaves six teams tied on scores of 1-1 in the first leg, requiring only a one-goal win in the second leg to go through. They are Russia’s Rostov versus England’s Manchester United, Greece’s Olympiacos versus Turkey’s Besiktas, and the German derby between Schalke and Borussia Monchengladbach.