FIFA to expand World Cup to a total of 48 teams 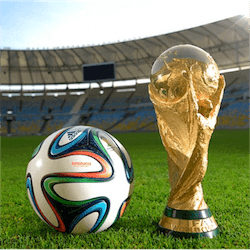 When it comes to Soccer, the FIFA World Cup is the regarded as the pinnacle of the sport. A single tournament on a global scale that showcases the best of the best. From 2026, things could be a lot different. In a recent announcement, FIFA confirmed that the tournament will expand to include a total of 48 teams. This is a significant increase from its current format at 32 teams. In a momentous decision, FIFA President Gianni Infantino got his long time wish on the proposal of an increased team tournament with a unanimous vote.

After replacing the disgraced Sepp Blatter in February, Infantino made true on his promises to expand the competition during his electoral campaign. FIFA’s decision making body, the FIFA council voted to accept the change, stating the new format would consist of 16 groups with three teams in each group during the group stages of the tournament. Initially it was suggested that the competition would increase to 40 teams but the number was since increased to 48 in October.

In response to the controversial decision, many European clubs have voiced their concerns. The general feeling is that FIFA is tampering with an already winning formula. The idea of diluting the tournament is less appealing to those at the top of the log. In its current format, the World Cup has been highly successful. The 2016 World Cup in Brazil was hailed as one of the greatest with shock upsets, last minute drama and extremely talented performances from the teams that participated.

But what does this all mean for Australia? For the Socceroos, a World Cup final playoff is the Holy Grail. Australia waited 32 years for the chance to prove themselves in front of a global audience. When the Socceroos finally got their chance to appear in a final against Uruguay in 2005, it was richly deserved after many years of hard work and dedication.

However, the proposed new format could mean that the Socceroos would more often than not sail through to the finals without much effort on their part. According to FIFA, the new format seeks to increase the overall reach of the game, meaning more countries, more players and more fans. How it all turns out, we will have to wait and see.