The Hunt For Future Socceroos Moves To 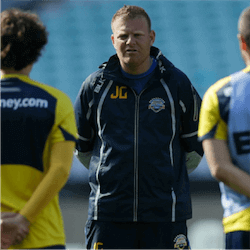 The Hunt for Future Socceroos

In order to strengthen the national side, Socceroos selectors rely on talent coming through from all over the world. It seems the search for future Socceroos will head to Spain next. This time around, Olyroos coach Josep Gombau is bringing with him a squad of almost entirely European players to showcase their talents for a spot on the national team.

Young Australian footballers from clubs such as Tottenham, Udinese, Liverpool and PSV Eindhoven will come together in the Spanish region of Murcia for the ultimate Australian try-outs. The budding football stars will take part in a nine-day soccer camp which includes talent-sorting training matches against Finland and Austria’s national under-21 teams.

Of the players heading off to Spain, it is only Nicholas Cowburn, the Newcastle Jets defender who will represent the A-League. It is a decision that Josep Gombau is happy with in order to preserve the A-League and boost the Socceroos stocks at the same time. Overall, the common theme for the camp is to have players who have not featured in any national squad before.

The Future of Australian Soccer

A few of the names will be familiar to soccer fans including the likes of Anthony Kalik, Alex Gersbach, Stefan Mauk, Awer Mabil and Thomas Deng who have all come through a A-League at some point. Some players will be unfamiliar to Australian fans including the 18-year-old Everton defender Con Ouzoundis as well as Milislav Popovic, the 20-year-old Cologne striker.

Speaking to the press, Gombau said that he hasn’t worked with a lot of players in the squad before. This will allow him to expose these players to the national team setup and gauge their skill levels going forward. He continued saying that this is not just an under-23 squad. His aim is to get to know all of the players and see how they can all fit into the system under the umbrella of the National team.

Gombau said that over the past four months, he and Ufuk have been keeping an eye on the players and watching footage of their games. From this, the two have brought with them players who they think will have the relevant skills and can easily fit into the Australian style of play. The main objective is to see if the players can become potential Socceroos for the future.