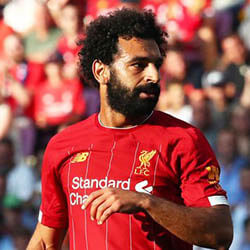 Liverpool returned from behind to put an end to an otherwise pre-season campaign with their latest 3-1 win over Lyon while playing in Geneva. The Reds started off badly when keeper Alisson, who was playing his first friendly game, dropped a cross and fouled Moussa Dembele, with Memphis Debay scoring the penalty.

Roberto Frimono spun and fired to equalise the game before Joachim Andersen made his own goal with a cross from Ki-Jana Hoever. Harry Wilson shot a 25-year strike once the halfway break was over.

Their result means that Liverpool has a morale boost as they prepare for their upcoming Community Shield against Manchester City. They had failed to earn victory for their last four friends, where they played Sevilla, Borussia Dortmund, Sporting Lisbon and Napoli.

It marked their first pre-season game for Alisson, along with Brazillian teammate Frimono and Egyptian Mohamed Salah, all of which returned to their training after the Africa Cup of Nations and Copa America had come to an end. Senegal’s Sadio Mane was the only player that was absent from the game, and will be arriving to the team next week. There are 27 players that participated in the team for Liverpool, which included two changes made within the first half an hour. Another three more changes were made at half time, and then they swapped out 11 more players on to the playing field by the time the first hour had come to an end.