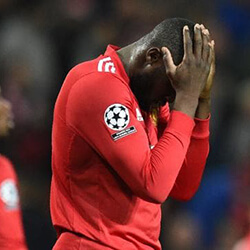 Manchester City broke into celebration after they struck a decisive blow as the team aims for a second Premier League title after their latest victory against Manchester United while playing at Old Trafford. Pep Guadiola’s team knew that Liverpool would take the top of the roster if they didn’t manage to get a win despite only having three games left.

Manchester City were obviously nervous for the first 45 minutes of the game as they didn’t manage to claim a single goal, although this changed in the second half as they took one point clear. The team has played the same number of games as opponents Liverpool, and put up a tidy and cohesive performance to beat United. The players showed a mixture of quality and nerve in a game that many felt would have been their toughest match so far in the season. A goalless first half made this sentiment that much more believable, and many felt that it was just a matter of time before United started claiming their own goals.

But they formed their offence after the break, earning two separate goals as the fans went wild; clearly aware that their wining of the game would help them move ahead of Liverpool as well as keep them high on the leaderboard. Bernardo Silva’s slow drive went straight past United’s David de Gea near the 54 minute mark, and the keeper was found at fault once again after a drive from Leroy Sane.