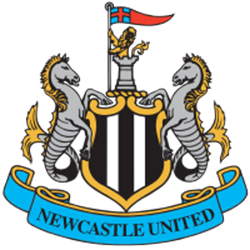 Overkill reviews of takeover processes and administrative frustration are said to be behind the Saudi Arabian-Newcastle United takeover belly-up flop. And needless to say, Newcastle fans are feeling somewhat deflated.

But several prominent sports writers have in the meantime hinted at Newcastle being more than capable of finding a buyer not bound by the human rights challenges continuing to plague the Middle Eastern country. The notion that only a single group can afford to acquire Newcastle is according to New York times reporter Tariq Panja, a thing of utter nonsense. And it’s a view shared by the Guardian’s Barney Ronay, who expressed feeling confused about anyone wanting a country the likes of Saudi Arabia owning a football club.

The problem with Ronay’s theory of there being other rich people besides those ruling Saudi Arabia, is that Newcastle United is being put up for sale by exactly that: a filthy rich person named Mike Ashley. The cold hard truth is that not every billionaire is equally willing to burn to a billion dollars on transfer fees alone – this to the typical billionaire investor, is literally money thrown in the water.

When all is said and done, the real tragedy is that of the fans being caught in the middle of the drama. No matter how many season tickets they end up spending their hard-earned cash on, their team’s fate remains 100% in the hands of some yet-to-be-identified billionaire businessman or conglomeration.