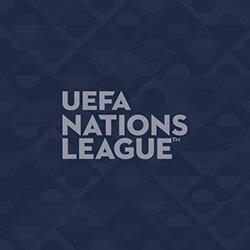 Portugal has advanced to the UEFA Nations League finals despite their loss of points in a goalless tie against Italy. Italy were the only team on the roster that stood a chance of taking down the European champions once Poland had relegated, but Italy still needed three points in order to do so.

The Italian team did take more control of the ball during the opening stages of the match, but they were unable to claim any real ground during the first 20 minutes. Italy was given a chance in the 26th minute when Ciro Immobile was sent one-on-one with Rui Patricio, but the goalkeeper proved too fast.

Another chance came for the hosts just at the end of the first half when Lorenzo Insinge attempted to pick out Immobile in the box, but it proved no real trouble for the resolute Patricio. The second half of the match proved no different as Roberto Macini took possession without pushing forward.

After a quiet back and forth between the two teams, Portugal came close once again in the 75th minute when William Carvalho forced Donnaruma into a quick save from the edge of the box. The Azzurri threw everything they had forward hoping to claim the winning goal, with Giorgio Chiellinin coming the closes.

Neither side managed to score any points, and Portugal finished as the group winners, and will move on to the finals. Italy’s campaign ends with them in second place for this season.