Roma Beat Empoli For Their Series A Fixture 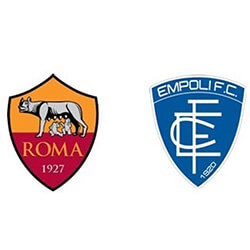 Claudio Ranieri has made a victorious return for his role as boss of Roma as the team bested Empoli while playing at home for their Series A fixture. Ranieri, who was removed as Fulham manager earlier in the year, has been appointed as the head coach of the team after the club got rid of Eusebio di Francesco not long after their Champions League exit.

Stephen El Shaarway curled a 25 year strike that put Roma ahead of their opponents, but the score was quickly scored thanks to a goal from Juan Jesus. Patrick Schick responded with a powerful header that gave the hosts back their lead. Roma played the last 10 minutes with 10 men as midfielder while Alessandro Florenzi was sent off of the field thanks to two bookable offences.

There was a late game scare for Ranieri as Emploi’s Rade Krunic managed to get the ball in the net, but the goal was ultimately scrapped after a video assistant referee review concluded that there had been a handball. In an entertaining match played at the Stadio Olimpico, Manuel Pasqual of Empoli shot a free kick into the crossbar, while Roma’s Nicolo Zaniolo and Justin Kluivert shooting wides.

Ranieri began his career with Roma during the 1933-74 season, and was the manager of the team between September 2009 and February 2011, where they finished second in Serie A in the 2009-19 season, two points behind Inter Milan.