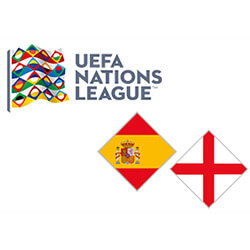 England played an aggressive game as they claimed victory over Spain 3-2 in the UEFA Nations League match that was played at the Estadio Benito Villamar.

Spain dominated the early exchanges, with both Marco Asensio and Marcos Alonso almost scoring their own goals within the first 10 minutes of the game, but the teams quickly found themselves in a deadlock for the next several minutes.

It wasn’t until the 17th minute that England broke through this deadlock with Marcus Rashfort setting Raheem Sterling on his way through the opposition, and the Manchester City Star took the ball to the top corner of the field, leaving David de Gea no real chance to stop the goal.

The 29th minute saw England’s lead doubled thanks to Harry Kane who picked out Rashford, who had controlled extremely well before striking against an otherwise helpless de Gea. Not long after, Ross Barkley offered a pass to Kane, who then managed to pick out Sterling for a tap-in just a few yards out, and giving the team a comfortable lead of three goals.

Spain’s two points came first in the form of Luis Enrique who threw on Paco Alcacer and Dani Ceballos during the 55th minute. This move immediately bled into their next goal, which was secured by Borussia Dortmund. Their second came during the final kick of the game that was fired off by Sergio Ramos at close range, but it wasn’t enough to beat England’s one-point lead.