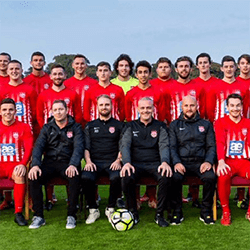 St Helens warmed up for the Wembley Challenge Cup final next weekend by brushing off Leeds Rhinos for a compelling 36-20 victory in the second quarter. The teams were level by the time half time had arrived with two attempts in front of an enthusiastic audience, with Leeds putting plenty of pressure on the Saints. After the split, League champions St Helens took over, winning four attempts to take a lead of 36-10.

Scores from Ash Handley and Harry Newman gave Leeds hope later on but they were not quite safe yet for the Super League. While Saints are evidently at the top – now boasting an enormous 16-point margin – Leeds is just four points above London’s bottom side with four matches to go for their competitors. Only a significantly positive points difference gives them comfort at this stage, with a clutch of sides just two points below them in the battle against the drop.

Richard Agar’s Leeds team transformed in an astonishing first 40 minutes, but despite the calibre of resistance, the way the Saints blitzed them after the break proved to be a problem for the team. Ash Handley might have had four attempts, but his first one arrived after a quick transfer to the left only after Richie Myler missed a scrappy opening attempt through the Saints defence to cancel, which was well completed by Regan Grace after the ball was replaced. Kevin Naiqama, however, completed a high-quality result at – the-line result to equalise the playing field.