The Socceroos’ Milligan Is Retiring 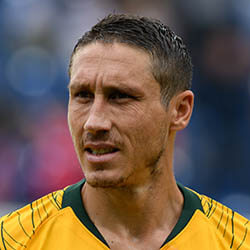 Socceroos Skipper and Captain Mark Milligan has announced his retirement. He made his debut in June 2006 and ended up representing his country 80 times. As a valued member of the Australian team in the 2006, 2010, 2014, and 2018 World Cups, Milligan also took part in three Asian Cups, including the successful tournament that happened in 2015.

Milligan stated that it has been a privilege to play with the Socceroos over the last 14 years and said that being able to represent his country over this period was something he’d never imagined he’d be able to do. He said that although it had not always been smooth sailing, having to find his place in a team made up of superstars as he did, he was eternally grateful for the chance he was given to do so. He mentioned Australia’s Golden Generation particularly, saying that being able to learn from players in that class was a gift he’ll forever be grateful for.

Milligan’s appointment as Socceroo Captain was made by Graham Arnold in the wake of Mile Jedinak’s retirement after the 2018 Russian World Cup. He led his team in this year’s Asian Cup in January but hasn’t been able to play much since then because of persistent injury problems. After he was forced to pull out of the Jordan and Kuwait World Cup Qualifiers because of this issue, his last appearance for the national team was the 5-0 win his team enjoyed against Nepal in Canberra in October.