Thousands More Fans To Make The Trip To The World Cup 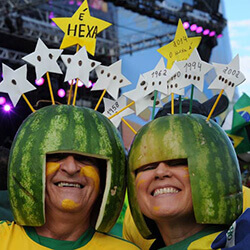 FIFA World Cup officials expect around 10000 fans to make the journey to Moscow to watch the semi-final games that will pit England against Croatia, with many of them making last-minute ticket purchases as the semi-final events of the championship are set to start.

Fans took to the Internet to buy thousands of tickets to the Luzhniki Stadium in Moscow, which made tickets available on the FIFA website. Many other sites began selling their own tickets to the excited fans, with many asking far above the original asking price. Sites like Stubhub were selling basic tickets for 634 Pounds, with some of the top tickets reselling for as high as 11000 Pounds.

Russia has also announced that they intend to waive all visa requirements for those entering the country to see the game, meaning that it’s never been easier for people to fly into Russia. Their only requirements at the moment are that fans have a ticket, which they can then use to apply for a fan ID that allows them entry to Moscow.

Part of the resurgence of ticket sales is due in big part to Croatia nabbing the last place in the semi-finals, beating out Russia, and causing many home fans to instead give up tickets to the event. This has meant a steady flow of new tickets that have been made to English fans, and meaning that thousands of Brits will be travelling to see one of last games of the season.