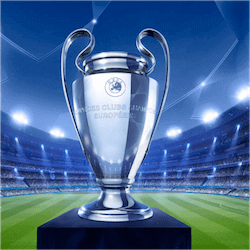 Champions League Round of 16 Second Leg

The past two weeks have seen the second leg of the UEFA Champions League Round of 16 played around Europe. Each Tuesday and Wednesday saw four of the remaining 16 teams vying for a spot in the quarterfinals, and with that now decided, Friday’s QF draw will let Australian betting enthusiasts know how they match up in the next round.

Those supporting English side Manchester City were disappointed in Wednesday’s final match of the round, when they went down away to Monaco 3-1. Despite City winning their home fixture three weeks earlier 5-3, and thus finishing tied on 6-6 for the round, Monaco’s away goals saw them go through.

Man City and Monaco were the only sides to finish on an overall draw; all the other second legs in the Round of 16 delivered unequivocal victories, ranging from the narrow to the outrageous.

City’s bitter exit wasn’t the only unpleasant surprise the second legs had in store for fans of English football. The mighty Arsenal, after going down to Bayern in Munich 5-1 in the first leg, managed to repeat the disaster at home, in a match that had supporters complaining about their players’ apparent lack of commitment, once the deficit seemed out of reach.

Bayern Munich booked their quarterfinals berth with an emphatic score of 10-2 overall, so they will no doubt attract plenty of punters in the next round, which starts on 11 April. The other side the online betting community will be watching closely is Barcelona, following their record-breaking second leg against Paris Saint-Germain.

After losing 4-0 in Paris last month, it looked like Barca was out of the 2017 Champions League: no side had ever recovered from a four-goal deficit in the knockout rounds to go though in the second leg. The Spanish wizards made history by doing just that. A majestic 6-1 victory at home, with three of their six goals scored in the final six minutes of play, saw them safely into the quarterfinals.

The other quarterfinalists are Real Madrid, Borussia Dortmund, Juventus, Atletico Madrid and Leicester City. City now carry the last hopes of English fans, and as they proved in last year’s Premier League, these underdogs are certainly capable of surprising. But whether they can stand up to the international talent marshalled in sides like Barca and Bayern remains to be seen.