The horrific bushfire rampage in Australia continues to affect top-level sporting events, with the latest being a Women’s Soccer match. The game was scheduled to take place on the 10th of January 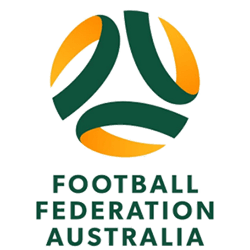 in Newcastle, New South Wales, but has been delayed because of the high temperatures and poor quality of the air expected.

The inferno has burned through over 10 million hectares of land, an area the size of South Korea, destroyed 2000+ houses, claimed the lives of 25 people and tragically wiped out roughly 500 million animals.

Football Federation Australia has released a statement citing the poor air quality of the whole Hunter region, which encloses Newcastle, as the reason for the postponement, and let it be known that temperatures will likely exceed 30°C at the projected 17:00 kick-off time. The game, featuring the Adelaide and Newcastle teams, will now be taking place on the 1st of February instead.

The Men’s A-League game between Newcastle and Sydney, set to begin at 19:30 on Friday, will go ahead, however. The Forecast Ambient and Wet Bulb Globe Temperature for that match are within acceptable ranges thanks to the later start time, and the forecast for the quality of the air is also improved because a wind change to the north-east is expected on the day.

The sports governing body explained that when deciding whether or not a fixture will go ahead, the comfort and welfare of fans, match officials, and players are always a top priority.