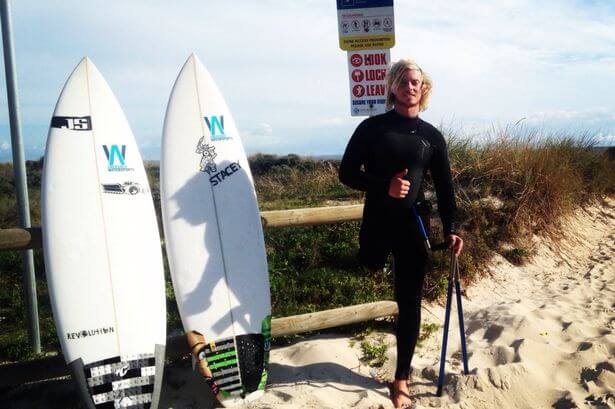 Welsh Paralympic Llywelyn Williams will be competing against former world champions for the first ever-international adaptive championship to take place inland. Adaptive surfing has been growing in the international scene for the last few years, and is currently being considered by the International Paralympic Committee for its inclusion in the 2024 Paris Paralympics.

Williams, who had to have his leg removed following a severe accident on a skateboard, is an official member of the Welsh Adaptive Surf Championship’s committee. Talking bout his role, Williams stated that surfing is in the blood of many people living in Wales, and that he had grown up surfing the local peaches both at Porth Neigwl and Porth Ceiriad. He continued, saying that he has always wanted to see Wales on the adaptive circuit, but the unreliable weather in the country has always been a limiting factor.

The competition will be staged at Adventure Park Snowdonia, which is an artificial wave pool built on the site that once housed an aluminium works in Dolgarrog in the Conwy Valley. Williams’ fellow Welsh competitors Ethan Jolosa from Monmouthshire will be participating in the event, which has been broken down into three main categories: standing, prone, and kneeling.

Former world champions Mark Steward of Australia and Denmark’s Bruno Hansen are among the 24 surfers that will be part of the event – both male and female – and will be representing a total of 13 nationalities from different countries throughout the world.