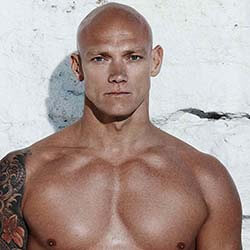 Australian Olympian swimmer Michael Klim this week revealed that he’d undergone a series of medical procedures at a Sydney cancer centre. Klim confirmed his diagnoses in a series of emotional social media posts, revealing that the procedures had been to remove a cyst from his throat.

Klim, 43, is receiving treatment at specialist cancer treatment facility Chris O’Brien Lifehouse, and reportedly remains under the care of medical staff at the hospital. The champion swimmer appeared gushing and in love in a series of photos showing girlfriend Michelle Owen helping him to a drink in his hospital bed.

Owen too, posted a series of images to social media in support of her partner.

Klim and Owen confirmed their relationship in 2019, after his bitter separation from his former spouse in 2017. From that marriage Klim has three children, Frankie, Rocco, and Stella. Klim’s former spouse had accused him of being unfaithful before the couple eventually announced their separation following the high-profile split. The former couple appears to have settled their differences in the meantime, with former spouse Lindy Klim having recently revealed that her new partner, Adam Ellis, and her former husband have now become good friends.

The Olympic swimmer is a two-time gold medallist, having won gold medals in the 100m and 200m freestyle relays at the Sydney Olympics Games.

Klim’s gold medal in the 100m relay victory remains one of the biggest moments in the history of Australian Olympic sports. The event saw Australia beat their arrogant American opponents in convincing fashion on their way to the gold.