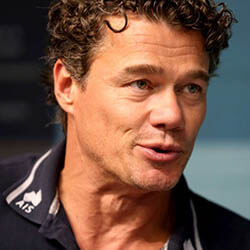 Jacco Verhaeren will be resigning his position as Head Coach of the Australian swimming team. Rohan Taylor will be filling the position instead, stepping up to the plate to guide the Olympic squad to victory when the Games unfold in Tokyo next year.

Although Verhaeren was under contract until after the Olympic Games in 2020, when they got postponed by one year due to the novel coronavirus COVID-19 pandemic and the lockdown to contain it, he decided to go home. In this case this will be the Netherlands, and he and his family are set to depart soon.

Verhaeren has worked with Olympic champion swimmers like Inge de Bruijn and Pieter van den Hoogenband and got hired in 2013 to repair our setup. This was after our Swimming team’s disappointing performance at the 2012 London Olympics.

Verhaeren recently released a statement explaining that although he has tried his best to find a way to extend his stay, finding compromise in a high performance environment is difficult. He added that he didn’t want to force his family to concede anything either. He spoke of being honoured by having the chance to work with our incredible swim team for close on seven years and said that he was positive of their continued success.

Verhaeren will stay on in Australia until September as he and Taylor make the necessary transitions. Taylor coached Liesel Jones, the three-time Gold medal winner who made up part of the national coaching programme.