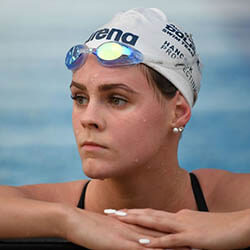 At least six Olympic swimmers from Australia face being stripped of their medals earned in the 2012 Games in London. This following the recent emergency of several positive drug tests.

Two-time Olympic medallist Brenton Rickard has reportedly shared the news of his own retrospective positive testing for the banned diuretic Furosemide via email with some of his teammates. Rickard was a member of the 4 x 100 metre medley team that claimed a bronze medal for their performance at the London Olympics some 8 years ago.

Furosemide is a so-called “masking agent” and as such, considered illegal. Rickard, who reportedly told his teammates that he is currently living a nightmare because of the recently re-tested specimens, if ruled guilty of doping, will become one of the first Australian medallists ever stripped of an Olympic accolade. Australia has never before had to forfeit an Olympic medal because of a positive drug test.

Other members of the 2012 Australian relay team were James Magnussen, Hayden Stoeckel, Tommaso D’Orsogna, and Matt Targett. The case will next appear before the Court of Arbitration for Sport in Switzerland. This all following WADA’s 2015 extension of the statute of limitations for doping and related violations from eight years to ten.

Rickard has in the meantime expressed his disappointment given the way in which the proceedings are now being driven forward. He has described not being permitted to be a part of the decision-making process as unfair and completely out of proportion – especially since 8 years have lapsed between the alleged incident and the present.