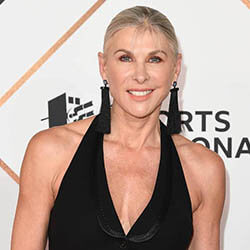 Ex-swimmer Sharron Davies has expressed fear over female athletes being thrown under the bus during the Tokyo 2020 Olympic Games before changes are made to the rules governing transgender athletes at the event. The International Olympic Committee guides stated that all transgender women must suppress their testosterone levels for an entire year before they are able to participate in the competition.

But in March this year, Davies and other sent a letter to the IOC, where they called for more extensive research on the subject. Laurel Hubbard of New Zealand could potentially become the first transgender female to earn an Olympic medal, with the 41-year-old weightlifter having won two gold medals at the Pacific Games earlier in July.

Hubbard’s participation had come under scrutiny after Samoa’s Commonwealth Games winner Feagaiga Stowers was forced to miss out on a medal. Davies, who is an Olympic silver medallist in 1980, says that she has received no reply from the IOC, and that the body is conducting a live experiment.

She told reporters that she is positive that things will change but the problem is that they will be throwing females under the bus before any changes can really be made. Transgender women taking part in professional sports is an extremely hotly debated topic at the moment, with transgender cyclist Rachel McKinnon and former Wimbledon winner Martina Navratilova being some of the names most often used when discussing the future of these athletes.