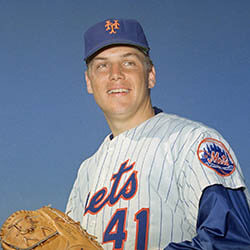 Seaver, aged 75, who reportedly died after his having battled several illnesses, is widely regarded as the greatest New York Mets player that ever lived. Seaver reportedly died in his sleep on Monday, and following the setting in of numerous complications associated with Lewy body dementia. The New York Mets legend retired from public life in March of last year. According to confirmation received from his family at the time of his retirement, his decision to move out of the public domain followed an intensified onset of dementia.

Seager, for the longest time, was the face not only of the  New York Mets, but also of American baseball. Nicknamed “The Franchise”, he was the absolute centrepiece of the Miracle Mets of 1969 – which also happened to be the same year the team won the World Series after having beaten the Orioles to an unlikely win.

After a long and reportedly protracted dispute with NY Mets team-management, Seager ended up swopping his team for the Reds in June 1977 on the back of an infamous trade. He however returned to play for the Mets in 1983, which effectively saw him donning a White Sox uniform at the time of  his 300th game played only a couple of years later.

Tributes for Seaver have been pouring in from all over the world ever since his family confirmed his death on Thursday. Mets owners Fred and Jeff Wilspon added their collective voices to the tributes, saying that learning of Seaver’s passing had been devastating news. MLB commissioner Rob Manfred during his tribute to the legend described Seaver as one of the greatest pitchers the MLB had ever had the joy of knowing.