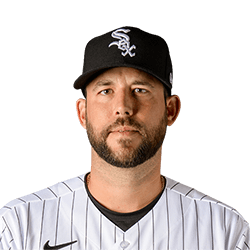 White Sox pitcher Ryan Tepera this week opened a can of MLB worms when he pointed fingers at the Houston Astros by insinuating that they might have returned to their sign-stealing ways.

Tepera referred to Houston’s performance in Games 1 and 2 of their AL Division Series. While the Astros pulled off a set of impressive victories at home, they then went on to strike out a whopping 16 times during their loss to Chicago away from home. The star pitcher appeared convinced that being up to old tricks wasn’t beyond Houston and pointed to the significant differences in misses and swings when comparing the two games at Minute Maid to the one away.

Tepera said he’s not bothered by what the Astros are up to in any event, as all that’s necessary is to execute pitches which he says they’re not able to do to begin with.

Houston manager Dusty Baker denied the accusations levied by Tepera on Monday, saying what had actually made the difference was the White Sox being better on the road than what Houston is at home. He said instead of accusing the Astros, Tepera and the White Sox had better take a serious look at themselves.

Houston suffered a lot of rap and discipline from the MLB when it emerged that they had used technology to steal signs during the 2017 and 2018 World Series. While sign stealing is permitted with the “naked eye”, the use of electronics isn’t allowed.