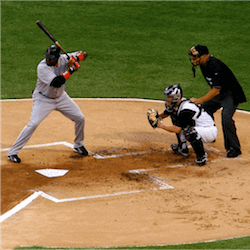 Baseball might not be among Australia’s biggest sports, but the online betting community won’t want to miss the 2017 World Baseball Classic in March. It has been the premier WBSC international event since 2005, delivering the closest thing baseball has to a World Cup every four years.

Australia has made it though for the fourth time, and baseball fans will have plenty of betting options. The 16 qualified teams are scheduled to play the first round in four pools of four in Miami, Seoul, Tokyo and Guadalajara from March 06-13.

Play will start with Pool A in South Korea’s Gocheok Sky Dome on March 06. The hosts and Chinese Taipei, aka Taiwan, will most likely vie for top of the pool. The Netherlands and Israel would probably both be happy just to finish in the Top 12, and so not have to qualify again in 2020.

Hosts Japan, currently ranked World No. 1 by the WBSC, is the obvious Pool B favourite in the Tokyo Dome leg starting on March 07. Cuba should finish second in the pool, unless too much absent talent gives either Australia or China an opening.

The USA, ranked No. 2 in the world, is the favourite to top Pool C, starting March 09 in Miami’s Marlin’s Park. Canada and defending champions Dominican Republic will be in a fierce battle to finish in the top two, with Colombia probably looking at another battle to qualify in 2020.

Pool D also starts on March 09, in Guadalajara’s Estadio Charros de Jalisco. Host Mexico has never made it past Round 2 of the World Baseball Classic, so they should be highly motivated. They might stand a chance against Italy and Puerto Rico, but the toughest team to beat will most likely be Venezuela.

The top two teams in each first-round pool will progress to the San Diego quarter-finals as Pools E and F from March 12-19, followed by the championship round at Dodgers Stadium in Los Angeles from May 20-22.