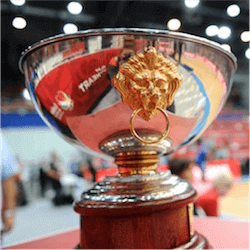 Basketball fans the world over are getting ready for the biggest event in the sport outside the USA’s World Series and the Olympics. From this year, the FIBA EuroBasket championship will be held every four years, rather than every other year, as has been the case since it started in 1935.

So FIBA EuroBasket 2017, with its final rounds in Romania, Finland, Turkey and Israel from 31 August to 17 September, will be the last chance Aussie punters get to bet on top European basketball for a while. You can place your wagers online at Crownbet if you want to try your luck. With 24 teams starting the knockout rounds in four groups of six, and a host of players back home from their regular jobs in the USA’s NBA to represent their national teams, the tournament promises some hard-fought action.

Spain, the top seed in Group C over Czech Republic, Croatia, Hungary, Montenegro and Romania, are also the team betting sites are picking to win EuroBasket 2017 outright, at odds of $1.50-$2.00. The Spaniards are often considered the best basketball side in the world outside the USA, and they are likely to have a wealth of NBA stars on duty, like Ricky Rubio, Alex Abrines, and two sets of brothers: Juancho and Willy Hernangomez, and Pau and Marc Gasol.

Serbia are rated the strongest side in Group D, followed by Latvia, Turkey, Russia, Belgium and Great Britain, and the second-favourite for an outright win, at $3.00-$4.00. The Serbs will be missing NBA great Nikola Jokic, but they will have $36-million shooting guard Bogdan Bogdanovic and point guard Milos Teodosic, probably the best basketballer in the world yet to play in the NBA. He’s signed to the Clippers from next season, so EuroBasket will be a good opportunity for fans to check him out.

Croatia, a side that recently beat both France and Lithuania in a three-nation tournament in Orleans, could also be worth a high-risk punt, at $16.00-$28.00. Giant power forward Dario Saric, at 2.08m, and small forward / shooting guard Bojan Bogdanovic, an equally impressive 2.03m, are individually formidable in the NBA, and they should be just as effective playing together at EuroBasket.