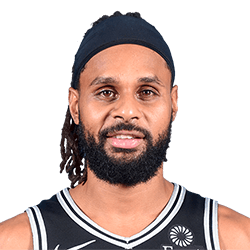 Legendary Australian Boomers guard Patty Mills has shown his heart for others by announcing his plans to join the group of Australian athletes who are launching the “We Got You” campaign. By launching the special initiative, the athletes hope to shine even more bigger and brighter a spotlight on the issues of the day currently facing world sports. Issues such as racism, exclusion and even outright discrimination are today more prevalent in world sports than ever before, and sadly, Australian sports is no exception. The Aus-based initiative will add its voice to the collective global movement but will also focus on shining the spotlight on incidents in local sport.

As for Mills, a wonderful gesture by a quality man and athlete. But that’s not even all of it yet, because not only will Mills be throwing his weight behind a commendable campaign, but he will also be digging deep into his own pockets in order to relieve the plight of others. The San Antonio Spurs star during a recent telephonic interview with the press confirmed that he will be pledging every cent eared during the NBA’s season-resume in Orlando to Australian social justice groups. Mills will be donating his rest-of-season earnings to Black Lives Matter Australia, Black Deaths in Custody, and of course, the “We Got You” campaign he now hopes to support.

And even if Mills and the Spurs don’t make it all the way into the playoffs after having played their 8 seeding games, the athlete will still be in a position to donate at least $1 million to those causes closest to his heart.