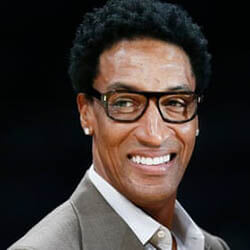 Former Chicago Bulls stalwart Scottie Pippen says he’s taken his sideswipe at Michael Jordan over the controversial “The Last Dance” Netflix documentary one step further by confronting the NBA legend about certain “inaccuracies”. The 10-part Netflix Originals series was released earlier this year and offered for the first time ever an insider’s look into the world of one of the greatest sports dynasties of all time.

Pippen, who for eight years allowed Jordan to do what he did best as well as take the bulk of the credit for the support act, now claims the backfired documentary did not offer an accurate or honest representation of what truly happened. Instead of allowing fans the experience of the inner-circle, Pippen now says he believes the entire doco to have been a self-serving creation only ever meant to boost Jordan’s standing as the greatest NBA player of all time. Pippen also says he believes this to have become a race all the more desperate ever since LeBron James began challenging that status.

What irked him most about the documentary, said Pippen, was the project’s portrayal of him as a selfish and self-serving individual only interested in a contract and in money. Also according to Pippen inaccurate and severely lacking was the way in which the accomplishments of the team in one of the sport’s greatest eras was portrayed by the documentary.

Pippen also said he believed the documentary to have backfired somewhat on his former teammate because people actually got to see the type of personality Jordan really had.