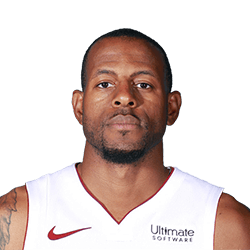 The Twitter police have been at it again, and this time it’s well-meaning Miami NBA star Andre Iguodala who finds himself drawing on the shortest straw.

The unsuspecting good-natured guard earlier this week made the mistake of complimenting WNBA star Aerial Powers of the Washington Mystics from having brought her A-Game to a game that saw Washington walk all over Connecticut Sun toward a 94-89 final result. The problem wasn’t as much the compliment itself as what it had been the fact that Iguodala had neglected to mention his heroine by name – simply referring to “Number 23” from the Mystics being “nice”.

Powers, obviously every bit as unimpressed by the oversight as her thousands of livid followers on social media, lashed out at the NBA star in her own Tweet by ordering him to either show some respect by mentioning her name, or keep similar Tweets to his future-self.

The fact that Iguodala had previously been misquoted by the media as having expressed the wish that his daughter (London Iguodala) not one day play in the Women’s National Basketball League for his fear of her being “turned lesbian”, obviously did not do him any favours in the eyes of an already-ticked-off Powers. That Iguodala following the previous incident went to great lengths to set the record regarding what he had actually said straight, did not seem to console Powers even in the least.

Following Powers’ Tweets and a right social media storm on Twitter, Iguodala responded with no more than a simple – and certainly smart – “No manners”.