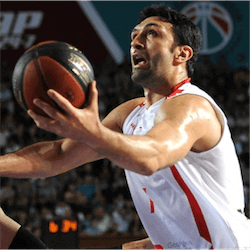 Recent years have seen some changes in European basketball. The European Basketball Championship has been held since 1935, but governing body FIBA Europe has made it a four-yearly event as of 2017, under the much snappier name ‘the EuroBasket’. The tournament used to be biennial, so the change means that Europe’s various basketball federations have more time to prepare between tournaments.

With the qualification system also changed to resemble that of the quadrennial FIBA Basketball World Cup, the extra prep time between EuroBaskets may help the weaker basketball sides. In August and September, the first championship under the new format will take place in four FIBA-affiliated nations, giving Australia’s basketball fans another online betting option.

From the 49 federations within FIBA, 40 teams were entered in EuroBasket 2017, but these have been whittled down by qualifiers to 24 teams that will contest the tournament in groups of six, starting on 31 August. The group stages are scheduled in four venues: the Hartwall Arena in Helsinki, Finland, the Menora Mivtachim Arena in Tel Aviv, Israel, the Polyvalent Hall in Cluj-Napoca, Romania, and the Ulker Sports Arena in Istanbul, Turkey.

The group stages finish on 7 September, with the knockout stages commencing on 9 September in Istanbul’s 16,000-seater Sinan Erdem Dome. The top four teams in each group go through to the Round of 16, and winners will proceed to the quarter-finals, then the semis, and eventually the finals on 17 September.

Looking at the Seeded Teams

With four teams from each group going through to the knockout stages, punters betting early have only the relative pre-tournament rankings to go on at this point. The French team is the top seed in Group A, followed by Greece, Finland and Slovenia, with Poland and Iceland considered the also-rans.