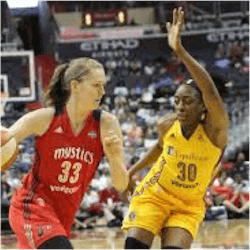 The European Basketball Championship has been around since 1935, but this year governing body FIBA Europe is relaunching the tournament as the EuroBasket. The Men’s championship has also been made a four-yearly event from 2017, while the Women’s championship will continue to be held every two years.

The first EuroBasket Women starts on Friday 16 June, so Australian betting fans can get into the action right away this weekend. The 16 teams that have qualified will play the group stages until Sunday in four groups of four, split between Czech Republic’s Zimni Stadion in Hradec Kralove and the Kralovka Arena in Prague.

The Men’s EuroBasket 2017, scheduled to run from 31 August to 17 September, features 24 teams in four groups of six. Finland, Israel, Romania and Turkey are hosting the group stages, in Helsinki, Tel Aviv, Cluj-Napoca and Istanbul. The knockout stages in Istanbul’s 16,000-seater Sinan Erdem Dome start on 9 September, with a Round of 16 that includes the top four teams in each group.

Defending Champions Spain have won the championship three times, and they are the top seed in Group C. Lithuania is also a team that can’t be ruled out, and they head the pack in Group B. France is the safest bet in Group A, and Serbia heads up Group D. The remaining 20 teams in the Men’s EuroBasket are Greece, Finland, Poland, Iceland, Slovenia, Italy, Israel, Georgia, Germany, Ukraine, Czech Republic, Croatia, Hungary, Montenegro, Romania, Latvia, Turkey, Russia, Great Britain and Belgium.