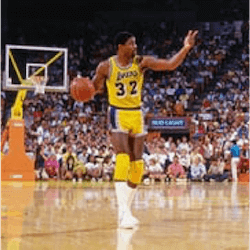 The final score for Monday’s Las Vegas Summer League Championship title game at the Thomas & Mack Centre was 110 – 98 for the Los Angeles Lakers. The Portland Trail Blazers four successive game triumph in order to reach this game was all for nothing, and they have finished this League with a total of 5/3.

Rookie Caleb Swanigan was in the spotlight thanks to being chosen for the All-NBA Summer League First Team, and put in a great performance in the game: 25 points, seven assists, and 12 rebounds can be credited to him. Jake Layman gave the Portland Trail Blazers 21 points and seven rebounds.

Kyle Kuzma delivered 30 points and ten rebounds, and Vander Blue racked up 20 points, five rebounds, and six assists for the Lakers. This win for the team is even more impressive when one takes into account that their MVP, Lonzo Ball, could not play thanks to straining his right calf muscle.

The Portland Trail Blazers’ Long Journey to the Game

Portland progressed to Monday’s Summer League Championship game thanks to their semi-final win on Sunday against the Memphis Grizzlies. Before that they had managed to triumph in games against the Chicago Bulls, the Toronto Raptors and the San Antonio Spurs –an impressive feat that must have made Monday’s loss a bitter pill to swallow.

The four wins that the Trail Blazers managed to accomplished were without the help of two of the four players on their roster, with both athletes out of action thanks to injury. Zach Collins missed play due to a contusion to his right quad, and Pat Connaughton, third-year guard, was absent thanks to a strain to his left hamstring.

Caleb Swanigan Picked Up a First on Monday

Caleb Swanigan will be joining Lonzo Ball of the Los Angeles Lakers, Dennis Smith Jr. of the Dallas Mavericks, Josh Jackson from the Phoenix Suns, and John Collins from the Atlanta Hawks as a member of the All-NBA Summer League First Team.

Swanigan, who was the No. 26 overall pick from the 2017 NBA draft, has shown himself to be the Blazers’ most dependable and finest player over the course of this Summer League. He has put away four double-doubles in seven games, and was one of the major players in terms of the Blazers making it as far as they did.