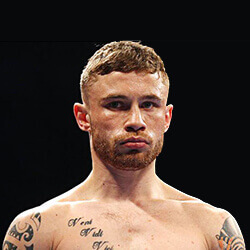 A long-anticipated fight between Luke Jackson and Carl Frampton finished in Frampton’s favour after the Northern Irish boxer put his opponent down in 9 rounds.

Jackson, who was the underdog of the match, made it apparent that he was outclassed against Frampton, and the class gap saw Jackson struggle to get to the 9th round. The Australian didn’t seem too intimidated at the start of the fight, but it quickly became apparent that Frampton was going to be an almost impossible challenger to beat.

Frampton controlled most of the match from the centre ring, and managed to take the opening two rounds with ease. Although Jackson held his own, he was regularly countered by the Irishman, and a strong left in the third left him wobbled.

The fourth and fifth round saw Frampton pushing harder for the win, loading in more punches, and Jackson started to tire and lose focus. The sixth was the best for Jackson, where he landed a straight right on his opponent, but Frampton shrugged the blow off and continued his assault.

The Aussie fighter then focussed on Frampton’s body during the 7th round, but most of his onslaught was easily blocked and reflected. Jackson was eventually put down by a left rip to the body that saw the 8th round come to an end. By the 9th, Jackson only suffered a few more shots from the champion before retreating to his corner, and his team eventually called it quits.